The Walk to Emmaus

35 Then the two from Emmaus told their story of how Jesus had appeared to them as they were walking along the road, and how they had recognized him as he was breaking the bread. 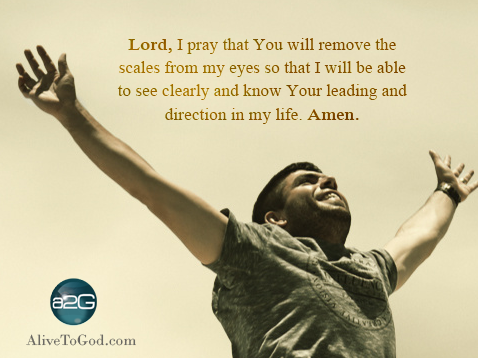 Recently, I was blessed to share this personal revelation at church. I am thankful for my pastor and the truth he preaches. His words are sprouting new spiritual growth within many whom the Holy Spirit has prepared. It is time that we see the body of Christ as community minded and not consumers. Are you ready to make the change?

Let’s think about this passage for a moment. If the two men who were walking and discussing the recent events of Jesus’ death were consumers, they would have failed to commune in conversation with the stranger (i.e., Jesus) on the road to Emmaus. Why? In our current culture, we don’t want to be bothered. It’s easier to go through the self check-out line instead of actually talking to a cashier. Satan has convinced even the strongest believers that life is an inconvenience. Don’t get me wrong! I love a quick self check-out register; however, aren’t we missing the bigger picture here? What encounters are we missing by frankly running away from people? My dear friend Mrs. Rita has also opened my eyes to this very practice.

Sadly, we simply don’t want to be bothered. We are too absorbed into our own lives that we miss heavenly encounters on our daily road. As consumers, these two men on the road to Emmaus would have ignored the stranger walking the same path because he was not originally part of their group. As community minded, we should see others as an opportunity to share, anytime and anywhere.

As the men approached the village, Jesus continued to walk acting as if He were going on to his final destination. However, the two men begged Him to stay for the evening because it was getting late. As consumers, the two men would have never even had a thought to ask Jesus to stay with them. This would have been too much of an inconvenience. As community minded, these men sought to impart compassion and hospitality which ended up being a life changing blessing. How often do we let heaven’s blessings continue to walk away because we are consuming instead of being aware?

My greatest personal revelation comes from the verb acted. 28 By this time they were nearing Emmaus and the end of their journey. Jesus acted as if he were going on, 29 but they begged him, “Stay the night with us, since it is getting late.” So he went home with them.

My dear friends, we are missing it! This quick pragmatic exchange resulted in a personal encounter with the Savior of the world! What would have happened if these two men were more concerned with self-preservation? What if they thought, “This stranger is nice but we have come to our destination and we just don’t have any more food or enough space to let him stay so he’s on his own.” What if these two men truly had these selfish thoughts?

Better yet, how many times have you let Jesus continue to walk when He just wanted to come in and stay? [Pause]…me, sadly, too many times.

30 As they sat down to eat, he took the bread and blessed it. Then he broke it and gave it to them.31 Suddenly, their eyes were opened, and they recognized him. And at that moment he disappeared!”

As consumers, these two men would have missed the biggest blessing of their lives. As community minded believers, they witnessed the power of God before them, shared their word of testimony, and that word continues to be shared today over 2,000 years later! A single encounter with Jesus can and will alter life forever!

I simply want us to get it. The road to Emmaus is our road. It’s your highway that cuts through the heart of your city. It’s the back roads of the hill country. It’s the hallway you walk down at your job. What and who are you missing by failing to commune in love while you walk these roads? How many angels do we fail to entertain because we are simply self-absorbed? What blessings are you failing to impart onto others because you simply are too busy to see the need around you?

I encourage you to be community minded (as my pastor would say) and not consumers. As Christ-followers, we should blow God’s presence out in complete oscillation around us.

Challenge: Pray that God removes the scales from your eyes so you can truly see.