Therefore, no condemnation now exists for those in Christ Jesus, 2 because the Spirit’s law of life in Christ Jesus has set you free from the law of sin and of death. 3 What the law could not do since it was limited by the flesh, God did. He condemned sin in the flesh by sending His own Son in flesh like ours under sin’s domain, and as a sin offering, 4 in order that the law’s requirement would be accomplished in us who do not walk according to the flesh but according to the Spirit. 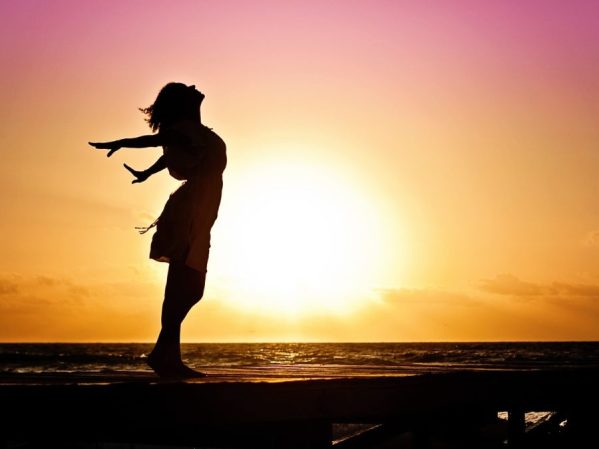 Through tear-filled eyes, the believer gathers enough strength to take the first step in his self-inflicted room of guilt. “It’s dark in here!” he exclaims, without any awareness that he’s not alone. A voice trickles from the shadowy distance, “You’ll never escape! You invited us here and we aren’t leaving.” The voice multiples as it rebounds across a hollowed shell.

His eyes fail to adjust to the darkness and fear begins to grip his body as it slithers up from the abyss. “Where am I?” the believer states with the faintest of intent. “You created this place; you know it well!” replies the adversary. With profound uncertainty, the believer walks in the direction of the crippling voice. He comes face to face with the spirit of shame who is guarding a locked and battered door.

“You don’t have the key so there’s no use trying to open it,” says the spirit. With a trembling outstretched hand, the believer frantically turns the knob without release. “You’re wasting your time,” mocks the evil one. In a distraught state of mind, the believer pounds and knocks with his last shred of strength in unison to the enemy’s laughter. “I give up! I’m trapped!” exclaims the believer. He slumps down as his fists slide off the door. Sweat drips from his chin and tears fill troughs within the flooring left by battered attempts to escape.

In complete surrender, the softest of touches brushes the believer’s shoulder. With his last ounce of strength and will, the believer turns to seek the origin of the touch. The radiant light blinds him as he utters, “I cannot look at it!” The Savior says, “Do not be afraid my child. I am near to the brokenhearted.”

The Savior carries the wounded believer to the now vacant door. “But Jesus, I tried; I did! I tried and couldn’t open the door.” Jesus said, “Dear child, you were seeking an earthly key that doesn’t exist! This door can only be opened through my sacrifice!” Jesus reached for the handle which perfectly matched his nailed-pierced hand. The door reacted with submission and opened with ease. After passing through, the believer respectfully asked, “Where did you find me, Lord?” Jesus answered, “In the darkest of places where Satan keeps you in bondage…your mind.”

Dear friends, there is NO condemnation for those who call Jesus their Lord and Savior. Release the chains through the authority we have in Jesus Christ and refuse to be bound by your own thoughts and shame. Christ came to set the captives free!